Greenville, NC (January 24, 2022) – The Graham Nuckolls Conner Law Firm, PLLC has announced that, beginning in 2022, the firm has welcomed Brian V. Meyerhoeffer as a Partner in their firm.  Meyerhoeffer has been an associate with the firm since December 16, 2019.

Meyerhoeffer received a bachelor’s degree from East Carolina University and earned his law degree from the University of Baltimore School of Law in Baltimore, MD.  During law school, he served as a legal/legislative intern in the United States Senate in Washington, D.C.  After earning his law degree, Meyerhoeffer began his legal career in Washington, D.C. at a leading international law firm where he represented global companies with numerous affiliates in various industries throughout the world.  He continued his legal career in Atlanta, GA, where he was responsible for providing legal counsel to one of the largest companies in the world, a Fortune top 100 company.

Meyerhoeffer returned to Greenville where he served at East Carolina University overseeing the recruitment and retainment of international faculty and staff.  Currently, he is serving his second term as the At-Large Member on the Greenville City County.

Meyerhoeffer was born in Florida, lived abroad in England, and resided in multiple locations on the East Coast.  He and his wife, Sandra, have one son, Conner.

The Graham Nuckolls Conner Law Firm, PLLC is a diversified, dedicated team of lawyers representing the Greenville community in Family Law, Estate Planning, Criminal Defense and Real Estate for more than 50 years. The practice was founded by Laurence S. Graham on the belief that everyone deserves legal representation. Though the world continues to change, the firm’s commitment to this founding principle has not. 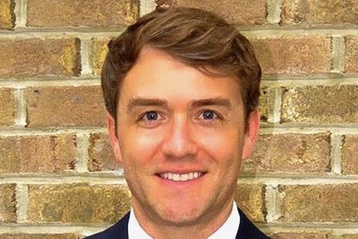